Painted with ProCreate. I was walking by the side of the cricket ground in the National Trust's Sheffield Park Garden in Sussex in late August, and casually picked up a large fir cone as a souvenir. Having got it home, it seemed a nice thing to paint - so I did. The background is the glass top of a patio table caught by the sun. Cricket had been played on the Sheffield Park ground since around 1851, with the first recorded match played in 1881. The ground was taken over for farming in WW1 and reconstructed as a cricket ground in 2009.
Fir Cone (14"x18") £45 * 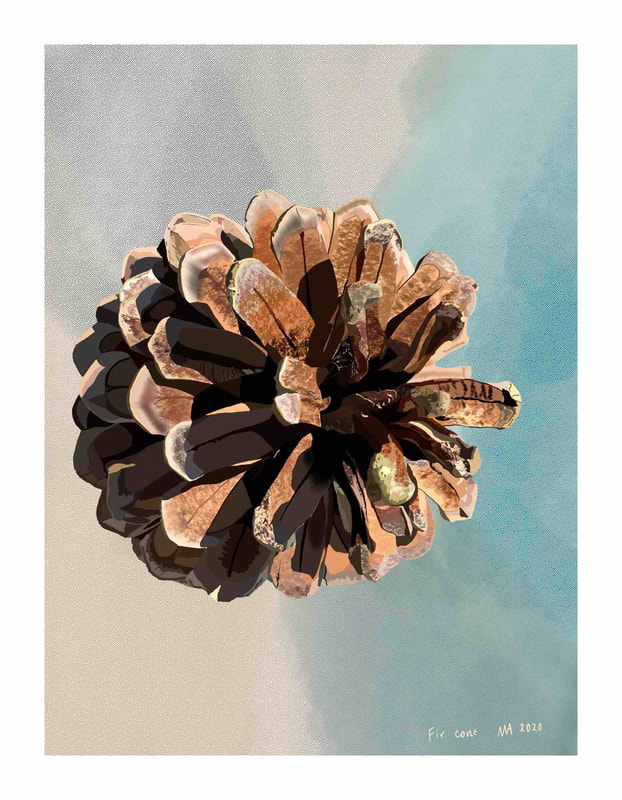